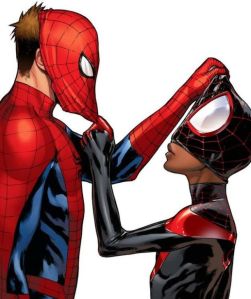 With Sony and Marvel working together on a new incarnation of our favorite web slinger, landing someone to play this new role is important, since Andrew Garfield will not be returning. But what about a brand new version of Spiderman. Rumors of a new Spiderman have been flooding the interwebs but the biggest trend so far is that the new Spiderman could be Black. Confused? Will let me bring you up to speed.

Enter Miles Morales. In the Marvel Ultimate Universe Miles Morales is a Black-Hispanic 13 year old teen. Miles is bitten by an Oscorp spider, which his dad brought back home in a bag by mistake after pulling off a heist at Oscorp. Miles contracts the same powers as Peter with some additional ones which include being able to camouflage himself, stun enemies and electronics, and immortality. Like Parker he is also brilliant and has been branded a nerd. 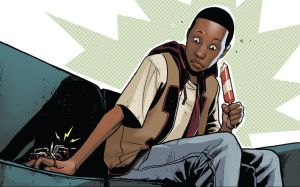 Still confused. Miles is in a completely different universe from Parker. While Parker is tracking down a villain from his universe he crosses over to the universe of Morales where they meet and Parker learns his own death in Miles’ universe is brought on by the sinister six. 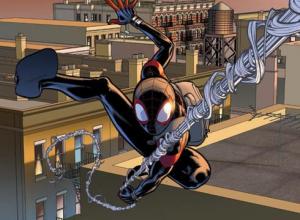 If Sony and Marvel should choose to go this route it could be confusing for many. This story would be a very different approach on the Spiderman story but the similarities will still be there for the character. Hopefully after talking to people and discussing this scenario we will not see another origin story. Flashbacks would be cool. Please take note Marvel. Overall it could be a big success and would definitely be a fresh new approach to a beloved Marvel Icon. 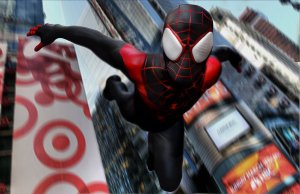 2 thoughts on “A Black Spiderman Explained”